The region integrated by the SICA member countries is one of the most vulnerable in the world due to climate change.

Central America is one of the most vulnerable regions facing the climate change amongst the tropical regions in the world, annually the region is hit by hurricanes, droughts and flooding, as well as other natural effects. This not only has implications for the environment, ecosystems, and biodiversity, but it also poses a high risk to human development and the population’s well-being.

Paradoxically, the member countries of SICA are responsible for only 4.72% of CO2 global emissions accumulated between 1900 and 2006, currently contributing with less than 12% of the global emissions of Green House Gases (GHGs). Furthermore, the region has one of the lowest levels of emissions per unit of GDP of the world.

The challenges of the energy sector must be directed towards reducing greenhouse gases in a framework of dependence on hydrocarbons and the availability of unconventional energy sources in a region with high hydroelectric generation.

In this context, countries aspire to continue with the current economic growth through a process of energy transition and de-carbonization of the economy. Renewable energy sources and energy efficiency are decisive to decarbonize the energy and reduce CO2 emissions, therefore the electric sector would become the most decarbonized energetic element due to its capacity to integrate renewable energies and allow a real increase of energetic efficiency.

Electricity Generation by source of the SICA countries in MWh

The reduction of fossil fuels is one of the mayor concerns of the SICA’s member countries which are currently looking for increasing their energetic security with the objective to:

CHALLENGES TO RENEWABLE ENERGY (RE)

The renewable energies as alternative to the fossil fuels are one of the strongest instruments to achieve a permanent energy transition toward low carbon economies, which represents the long-term solution to climate issues.

In the past, SICA countries based their electricity generation on fossil fuels; however, this trend has been reversed and currently 52% of generation is based on renewable energies. In some countries, such as Costa Rica, have stablished their Nationally Determined Contributions (NDCs) goals for the generation to be mostly renewable (99.78% in 2020).

Hydroelectric generation is very important in the region and its impact on the energy matrix is significant in the different countries and can play a relevant role in the energy transition. Other renewable energy sources that have a high potential and are being developed are wind and geothermal. Solar energy deserves special attention as it has a high potential in the region and its deployment has increased dramatically in recent years. Electric generation by energy source is shown in the following graphs.

Electricity Generation by country/source in 2019

Through the analysis of available regional instruments of the energy sector, such as the Sustainable Energy Strategy for 2030 of the SICA countries (EESCA 2030), the SICREEE has identified that the main opportunities for the adoption of Renewable Energies and Energy Efficiency (RE&EE) in the region are:

Developing renewable resources such as solar and wind energy reduces the risk of energy shortages. Renewable resources are low or entirely non-polluting and have a minimal impact on the environment. Investments in renewable energy and energy efficiency also foster innovation and job growth.

This perspective provides opportunities to support energy access programs, which not only provide infrastructure in rural areas, reducing their vulnerability to climate change, but also contribute to poverty reduction goals within a sustainable development framework. On the other hand, the adoption of RE&EE helps to reduce Greenhouse Gases, thus, the commitments adopted by each country at COP21, and which have been ratified in subsequent COPs, are met.

Provide support to the development of public policies that stimulate fiscal incentives, tax exemptions and that promote the maturation of the market and technical capacity, among others.

The adoption of RE&EE allows access to resources through different financing mechanisms related to climate change mitigation and adaptation.

To carry forward the "best practices" developed, it is necessary to explore agile financial mechanisms capable of respond to the imperative need to invest in RE&EE, while still supporting social investment and poverty reduction policies.

Private financing has a mayor role to increase the participation of renewable energies and thus respond to the demand of the countries to increase its installed capacity on RE and implement EE actions. A major constraint of the private financial sector is that less developed countries are considered high-risk areas by the investors. In this sense, financing mechanisms of the Public-Private Partnership type should be explored, proposing leverage mechanisms from the private sector to the public sector and vice versa.

Energy efficiency is a priority throughout the region because it has an important role in the economy and social well-being of Central America because there is a big potential to defer energy investments, enable a more efficient energy supply and reduce dependence on fossil fuels. Energy efficiency has a high potential throughout the whole region, as it is an area that can allow the reduction of goods and services production costs.

Energy efficiency actions have good benefits for the region, for the countries and for consumers. In order to establish and promote EE, it is important to disseminate the benefits at the institutional level and promote various mechanisms: financial, institutional and regulatory incentives.

The generation of regional and national capacities constitutes a fundamental ingredient to ensure an effective management in the implementation of RE&EE programs; especially in the design and implementation of projects and attracting financing. It has been observed that cross-cutting cooperation is fundamental when defining and implementing policies. National capacities should also be directed towards the coordination of shared positions in regional negotiations to accelerate the adoption of RE&EE.

In the energy sector, countries must be enabled to create new financial instruments for the implementation of RE&EE programs. In particular, the capacities should be built for the technical and financial preparation of RE&EE projects.

Currently no calls open.
You may visit our web site regularly for more information.
Do not hesitate to send us your companies/consultant profile.

Currently no vacancies.
You may visit our web site regularly for more information.
Do not hesitate to send us your CV: info@sicreee.org 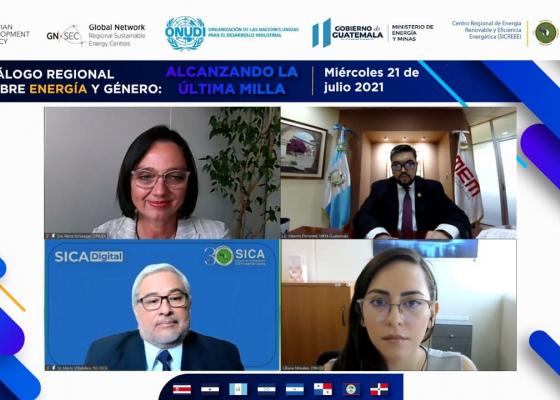 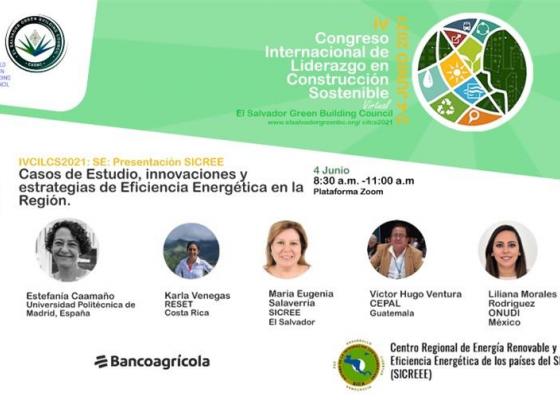